If a human tells a lie while hooked up to a polygraph machine, they will probably get busted.

That’s because telling a lie apparently creates a measurable, electrical, Pants-On-Fire reaction in almost all of us.

But now it turns out that a lie detector test can be used on plants!

And this discovery potentially changes everything about the way we think about our universe.

Researcher Cleve Backster, former head of the polygraph division of the CIA, is an expert in the science of the electrical responses and biocommunications of Lying People and Their Very Hot Pants. 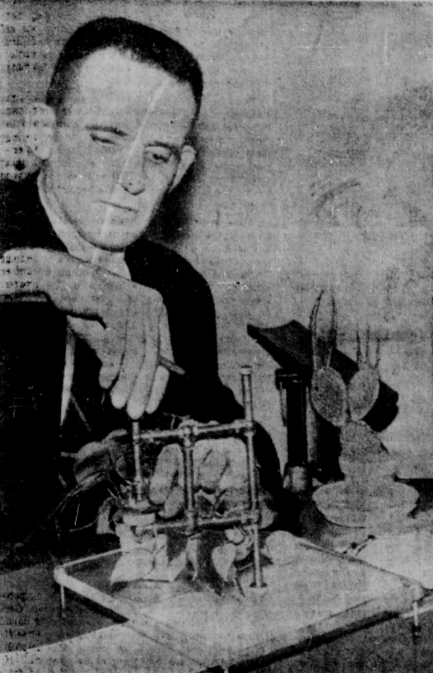 Backster knows that in response to even the slightest surges of emotion, a galvanometer (the part of a polygraph that’s attached to a person by wires carrying a very weak current of electricity) will register a needle moving on a meter or a pen tracing dramatic lines on a moving graph of paper.

And the best way to make the galvanometer jump is to scare somebody by threatening their well-being.

So one day, sort of by accident, Cleve Backster got curious and decided to try to scare a plant. He hooked up one leaf of his favorite office plant to the polygraph electrodes. (A polygraph can measure the changes in a plant’s conductivity and vibrational energy in precisely the same way it can Nail a Liar).

Then he dipped a leaf in hot water to see if anything registered on the graph.

Well, nothing much happened.

So Backster decided to up the ante.

He decided to BURN the leaf.

He THOUGHT about burning the leaf with a match.

And then an astonishing thing happened.

The instant Backster visualized a flame in his mind, the lines on the graph literally went CRAZY!

THE ELECTRICAL RESPONSE IN THE PLANT WAS VERY SIMILAR TO THAT OF A HUMAN EXPERIENCING FEAR.

So Backster left the room to get matches, then returned to discover that another sudden, crazy surge had registered on the chart, apparently caused by his determination to carry out his threat.

THE PLANT APPEARED TO BE REACTING TO HIS THOUGHTS.

(Backster never actually burned the plant, since just thinking about it apparently terrorized the poor thing.)

Since then, Backster’s thousands of meticulously documented experiments show that plants are sentient life forms that respond to external events. He has shown that plants react— to human negativity and human caring—by responding with “fear” or “happiness” that looks exactly like the polygraph responses to those emotions in humans.

Next, Cleve Backster wondered if plants have memory.

He devised an experiment with two plants, both in the same room.  One plant would be “murdered,” while the second plant “witnessed” the crime.  Then Backster would attempt to use the polygraph to try to identify the secret criminal.

Six of Backster’s polygraph students (veteran policemen) were blindfolded, and one of them pulled secret instructions out of a hat—to uproot, stomp on, rip and tear, burn, and basically murder one of the two plants.  The crime was committed in secret one night, and no one knew who the criminal was—except the second WITNESS PLANT in the same room.

One-by-one, the six suspects were paraded in front of the Witness Plant.

The plant did not react to five of the students.

But the meter went crazy whenever the murderer approached.

( “No sooner did the murderer come near the plant than the recorder of the instrument went wild.  Not just nervous, the plant was afraid, it was horrified!” ) 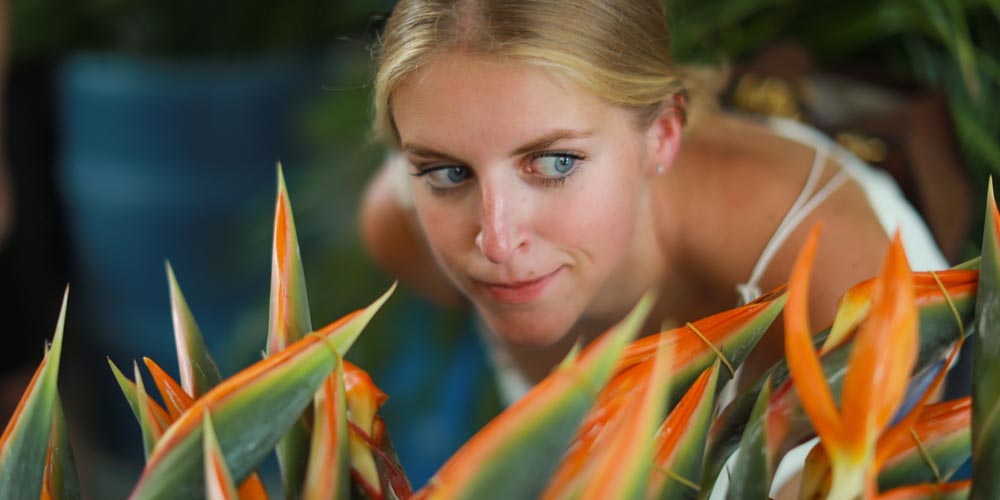 With more experiments, Backster also showed that a plant forms a special affinity with its keeper, and this bond is unaffected by distance.  Once attuned to a particular person, plants appear to maintain a connection with that person, no matter where they go and no matter how many other people are around.

With the use of synchronized stopwatches and a notebook to record what he was doing and feeling at specific times, Backster showed that his plants reacted to his thoughts and attention from the next room, from down the hall, even from several buildings away.

Back from a 15-mile trip, Backster’s plants perked up the moment he decided to return home.

Another researcher, Pierre Paul Sauvin, who has gotten similar results, has proposed using plants’ sensitivity to detect a potential hijacker at airport security before they could board.

“Operation Skyjack,” a system using suited-up, polygraphed plants to pick up the turbulent emotions of a hijacker at a security screening, is already being researched by the US Army, interested in finding ways to use plants to measure the emotional responses of people.  They just have to figure out how to do it without having to sensitize the plants to a special person.

This is not a joke.

In addition to reacting to the harming of others like themselves, plants also appear to respond to witnessing the death of other living beings and tissues, even at the cellular level (like the death of bacteria, for example).

So perhaps there is some sort of “cellular consciousness” that is common to all life.

To explore this hypothesis, Cleve Backster found ways to attach polygraph electrodes to all sorts of single cells, such as amoebas, paramecium, yeast, mold, scrapings from the human mouth, blood, and even sperm cells.  All these cells were monitored on polygraph charts.

Yogurt reacts in “terror” when it is injected with penicillin to kill unwanted bacteria.

And, according to these studies, a sperm cell can identify its own donor– even in a crowd–and react to its donor’s feelings while totally ignoring any other males who happen to be in the vicinity.

Backster dropped a dozen eggs, one at a time, into boiling water while measuring them with the polygraph.  He found the first egg reacted in fear to his intention, and the second and third eggs were so “terrorized” by the first egg’s dunking that the rest of the eggs appeared to “faint” in anticipation.   Plants and other organisms appear to react self-defensively in a way similar to an opossum—or a human being—by passing out.

But the most exciting conclusion that Backster and others have found is that all sentient life—houseplants, sperms, eggs, and just about everything else—immediately react to the thought and intention of an act LONG BEFORE THE ACT ITSELF OCCURS.

The Backster Effect leads to the idea that we are part of a unique communications grid that binds all life together.  Maybe memory and sentience don’t stop at the cellular level but continue down to even the subatomic level common to all of nature.

In other words, all our consciousnesses are connected.

In the science of energy fields, there is spectacular evidence to suggest that consciousness is a general property of matter and that every single atom in the universe possesses a rudimentary consciousness or spirit.

Consciousness is an inherent quality of the whole universe.

The consciousness of a rock, or a lake, or a tree, or a houseplant is more complex, more interactive, more noticeable, and more widely distributed than that of an individual atom.

This does not mean that rocks think human thoughts. Rocks “know” things, but not the way we do.  Requiring sometimes hundreds of thousands of years to move a minuscule distance or change shape, theirs is a consciousness we can’t even imagine.

“Dumb as dirt” should take on a new meaning for you right about now.

All of this means that IF, LIKE ME, YOU’VE EVER WORRIED THAT A PLANT IS SCREAMING WHILE YOU’RE PRUNING IT, YOU MIGHT WANT TO RE-THINK WHAT YOU’RE DOING.

Because you’ll never get away with it.

It’s not that easy being green.